On Sunday, March 26 2020, VE Sin Filtro identified a new phishing campaign against the users of a registration platform for healthcre workers linked to his political opposition.

CANTV, Venezuela’s largest ISP and a state-owned company under the control of Nicolas Maduro, was tricking their users with malicious DNS responses for heroesdesaludve.info,[update: and the alternative domain saludvzla.com], sending most of the users who wanted to visit the site to a fake one to capture their data. It’s possible that this malicious site also received visits from deceived users after clicking on malicious links.

Phishing is an attack in which users are fooled into revealing personal or sensitive information, making them believe they are visiting the genuine site when they really are in a malicious site that looks like the original.

CANTV participates in this phishing campaign by facilitating the malicious resolution of the IP address for heroesdesaludve.info. A DNS server translates domain names as “domain.com” in an IP direction; that is what the computer uses to find internet servers.

By 19:26 2020-04-26 (VET), at the latest, CANTV’s DNS server began to reply with this false information. The server redirects the web browser to the domain heroesdesaludve.co, controlled by attackers, with a page almost identical to the original.

[update:]* The alternative domain saludvzla.com** was ponting to the same server shortly after being introduced, in the morning of 2020-04-28

This strategy implies that almost every user of CANTV and subsidiary companies attempting to visit heroesdesaludve.info will end up on a malicious site. If the user typed or clicked the URL starting with HTTPS (https://heroesdesaludve.info), they could have seen a warning; however, many Venezuelans users are used to ignore these warnings. 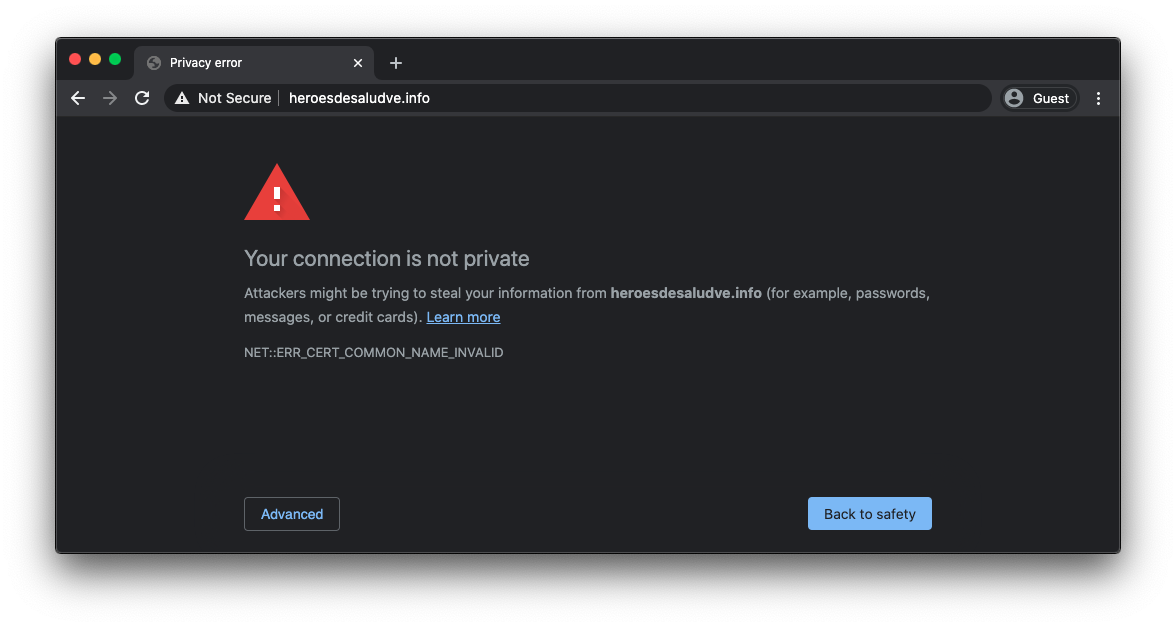 The malicious site is designed to mimic the appearance and behavior of the genuine one, based on the original HTML structure. heroesdesaludve.co is served by HTTPS using an SSL certificate, which makes that a lock icon appears at the browser window, giving a false sense of security when it only confirms that the established connection is encrypted. Still, it doesn’t give any guarantee that the site is legitimate.

There are small differences between the behavior of the malicious registration form and the original to maximize data collection. After registering on the site, the victim is received with the same confirmation message on both sites. 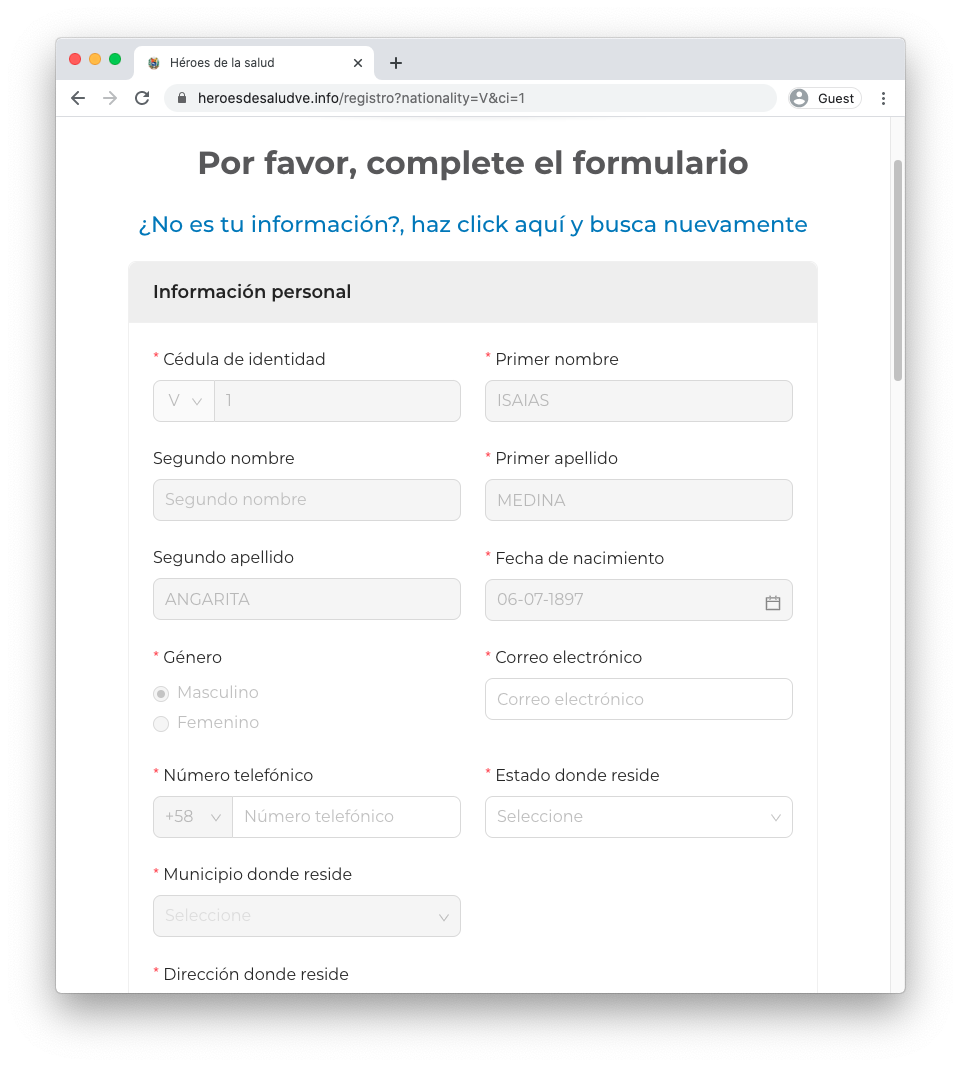 At least one of the participants in the malicious site left a comment in the structure of the page. VE sin filtro has decided not to give visibility to the pseudonyms of these actors.

While this campaign has been active, we have documented multiple blocks to this platform and other related domains in public and private internet providers.

This phishing campaign has many similarities with Maduro’s government 2019 phishing campaign against “Voluntarios por Venezuela” (Volunteers for Venezuela), in which they also abused the DNS system to deceive users, in this case activists, to register at a malicious clone of the official site voluntariosxvenezuela.com.

In that case, it was possible to prove the participation of CONATEL and CANTV, and the data collected, as well as the confusion of the attack itself, were used to generate doubts using fake news and exposed the sensitive data of the people registered at the website.

For the users who want to visit this site or any other with sensitive information, we recommend taking these basic security measures:

A more detailed technical report is on development.