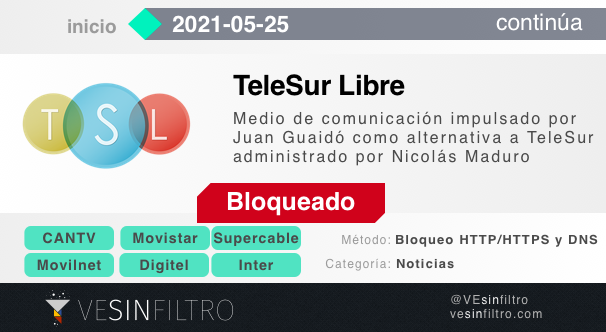 Venezuela’s Internet providers block the website of TeleSur Libre, a news outlet source supported by the government of Juan Guaidó which was made public only last May 24.

News outlet is the most blocked category of websites in the country. Venezuela often blocks national media of all sizes and multiple international media outlets that cover Venezuelan news in Spanish. Blocking of major streaming and social media platforms has also been observed as a tactic to prevent live coverage of news events.

This blockage is a new violation of Venezuelans’ right to freedom of information. The censorship of news sources places Venezuelans in an even more vulnerable situation, as they struggle to stay informed in the face of the practically non-existent independent news on TV, the disappearance of paper newspapers and the limited connectivity to the Internet.

TeleSur Libre is an initiative of Juan Guaidó, recognized as President-in-Charge of Venezuela by multiple countries, as an alternative to TeleSur, a regional media channel administered by the government of Nicolás Maduro in Venezuela.

The Maduro government has already blocked other Juan Guaidó initiatives, including news ones, and has even launched multiple phishing attacks against users of platforms organized by Juan Guaidó.

Since 2019 there has been a political and institutional crisis in Venezuela over the legitimacy as president of Nicolás Maduro and Juan Guaidó, as well as the National Assembly and Supreme Court of Justice.

CANTV implemented a blocking HTTP/HTTPS that requires the use of a VPN in order to evade censorship. Inter, Movistar, Digitel, Supercable and NetUno implemented a DNS block, which could be circumvented by simply changing the DNS of our devices. 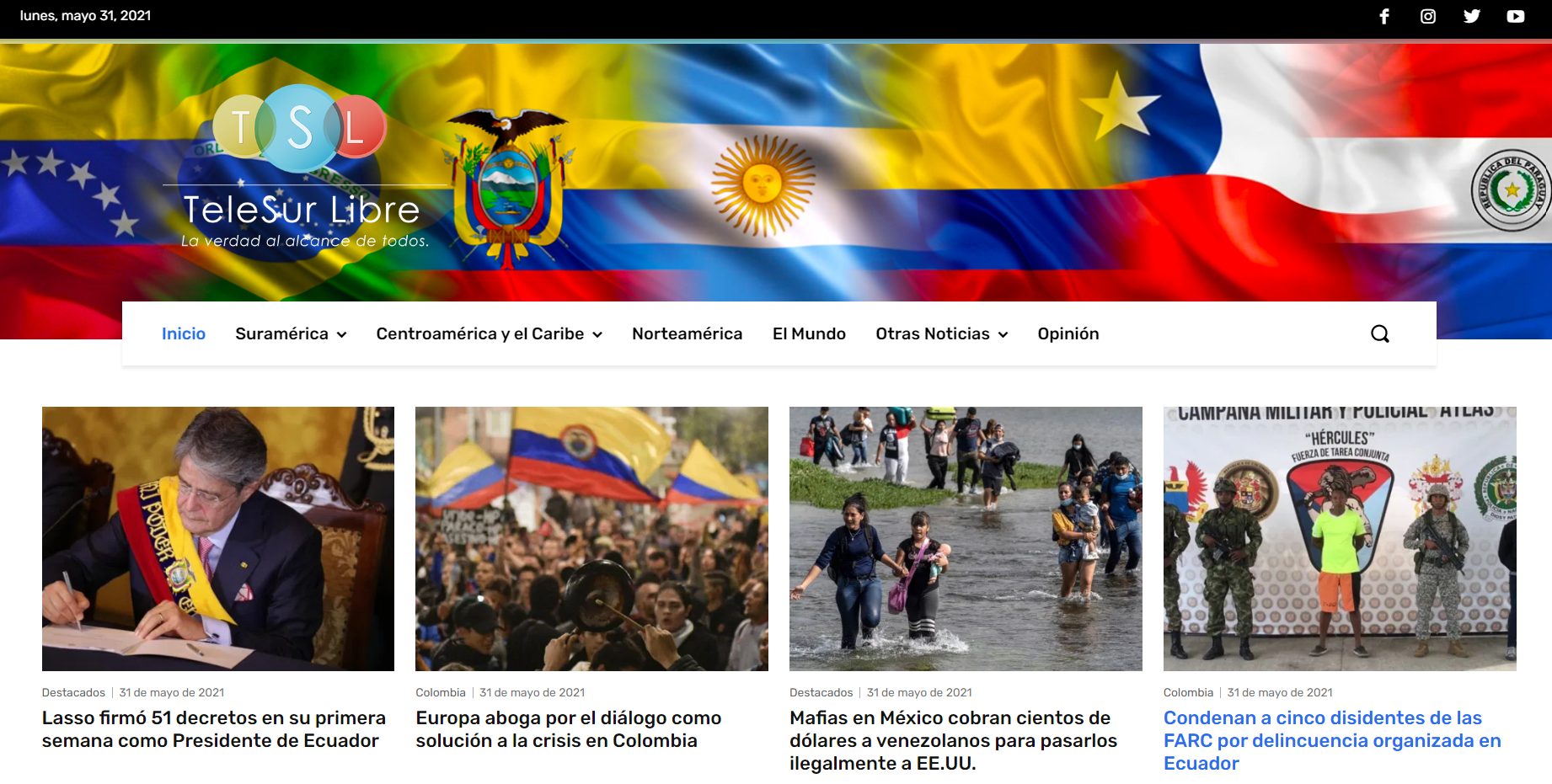 We recommend the use of reliable Internet blocking circumvention tools for users in Venezuela, such as a secure and trusted VPN, already installed and configured on all your devices.

Despite the block to their main websites, both Psiphon and TunnelBear are still available for installation from the iOS and Android app stores, and also from the following alternative links. Psiphon